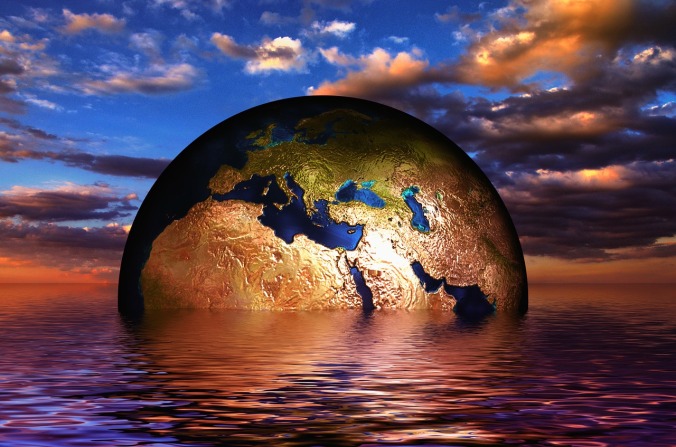 In explaining his decision to abandon the Paris accord on climate change, President Trump said  ‘we don’t want other countries and other leaders laughing at us anymore.’  Well, President Trump, I’m afraid the prognosis isn’t good because your decision is laughable and like many people, I am deeply horrified by it.

I am not simply horrified because it was a bad decision, but more because this was a completely unnecessary and largely theatrical move on the President’s part. To characterise the Paris agreement as some unfairly negotiated treaty that favours other countries at the expense of the American economy is a complete and utter misrepresentation of reality. In other words, ‘fake news’ at its best.

I’m sure, or at least I hope, the President knows that the Paris accord is a voluntary agreement, allowing each country to determine its own national targets in an effort to minimize the effects of climate change. Consequently, there was nothing inherently constraining about the accord. However far removed his representation of the accord is from reality, painting it as an imposition on America helps Trump pander to his supporters and divert attention away from the trouble he is facing at home.

In any case, let’s suppose for a moment that the Paris agreement would somehow cause undue harm to the American economy. The argument that one country should be privileged at the expense of the entire planet is ridiculous. French President Emmanuel Macron said it well when he stated ‘there is no plan B because there is no planet B.’

If we consider the Paris agreement more closely, it’s true that it was an important milestone for the international community. At the same time, the targets that were agreed to were still modest in the sense that what was agreed would still not be enough to fully reverse the impact of climate change. So yes, it was a critical step in the right direction, but much more needs to be done.

If America had stood by its commitments to the pact, the world would have undoubtedly breathed a huge sigh of relief, and also potentially settled into complacency. But suddenly now that the Paris accord is under threat, it has shaken people out of the prospect of that complacency. Witness the incredible outpouring of anger and concern across the world and also within America. Several world leaders have spoken out and a group of 68 US Mayors have signed an open letter expressing both their defiance and their commitment to abide by Paris. Overnight a campaign which is being referred to as ‘Live by Paris’ has been born.

So rather oddly, I believe President Trump has catalysed the international community in a very profound way. People are angry and when people are angry they step up. And more and more people will, I believe, step up to fill the void of what John Kerry has rightfully called ‘a grotesque abdication of leadership.’

With this in mind, I do have to say –  thank you President Trump for ensuring that we don’t slip into complacency. I do hope you’ll forgive my laughter, but I just can’t help but chuckle at the irony here. Your incredible short-sightedness may actually be what saves this planet.